Most promising games on the horizon or those I still want to review/play in some semblance of order:

The less sexy but interesting:

Screen shot from now defunct "Road to Moscow"; the promise of such fluid (and hence realistic) involvement with the game was staggering - and probably what prevented anything other than a real large budget to make real 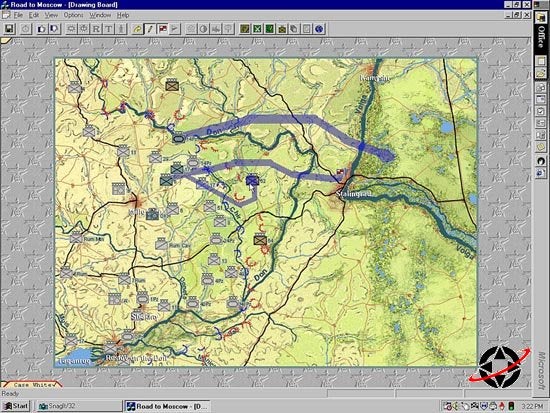